Prince Singhal, a social activist and a reformer, initiated the fight against drunken driving in India in 2001 after witnessing the havoc caused by drunken driving and underage drinking. He left aside a flourishing profession to start CADD – Community against drunken driving, India’s first and only non profit social organization and a citizens movement which has been constantly working towards Drunk Driving prevention.

Born in Jaipur Rajasthan, he finished his schooling from Mount St. Marys Delhi, and his graduation in management from Delhi College of Arts and Commerce , Delhi University. He also holds a Master’s in Social Work administration and International Humanitarian Law.

Being one of the pioneers to recognize the issue of drunk driving as a public health concern and the enormous adverse impact it was having on our road safety, he successfully designed and implemented the first campaign against drunken driving on 7th January 2002 as a part of ‘National Road Safety Week’ with the Delhi Police.

Drunk driving is a behavioral malpractice which causes lakhs of road accidents and fatalities in India. Prince Singhal initiated a community engagement campaign to share information and encourage people to shift attitudes, change their behaviour, and perception towards the problem of drunk driving. Since drunk driving is an attitudinal problem perilously affecting road users he initiated his movement by reaching out to the common man through more than 1600 innovative awareness campaigns across the country since 2001 to build a community of individuals who practice the policy of “don’t drink and drive”. More than 50 million people across India have been involved in the campaigns and millions others have been made aware about the dangers of drunk driving.

He has appeared on major television shows and been written about in over 1000 national dailies, addressed professional and business groups, and worked tirelessly with youth for years to change public attitudes, modify judicial behavior, and promote tough legislation and enforcement on the issue of drunk driving

Presenting the common man’s problem to the policy makers

Prince Singhal identified that majority of victims of road accidents caused by drunk drivers belong to the disadvantaged section of society, primarily being male, sole bread winners. Therefore he made relevant recommendation to various government entities like Home Ministry, Transport Ministry, Law Ministry, Excise department ,Police and others both in terms of proactive, legislative and enforcement policy development and also harm reduction programs, to build a substantial solution to address this issue at local, regional, and national levels.

As a result of which today drunk driving is viewed as the single largest factor causing road accidents by several government committees like the Parliamentary Committee, Law Commission and different state Police departments. Due to his unrelenting efforts the Ministry of Road Transport and Highways adopted the theme of “Stay Alive don’t drink and drive” for road safety awareness in the year 2013.

Drunk driving is preventable if it is taken up as a community initiative thus efforts have been made to significantly involve various sections of society.Over the last 16 years Prince Singhal has engaged educational institutes including schools and colleges, F&B outlets, RWA’s , Market association, commercial vehicle drivers besides other communities and stakeholders to substantially change attitudes towards alcohol on roads and bring down the rate of accidents and deaths on our roads. He has also spearheaded several important studies and surveys towards establishing the consequence of this developmental issue through important surveys and studies on matters like underage drinking, age legislation, alcohol and rising trends of road accidents etc. 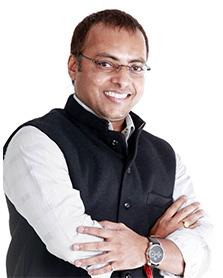 Effective media activation has also been judiciously used by Mr.Singhal to not only to pass on useful information , but also to build a national consensus on urgent interventions and to bring down drunk driving and resultant road accident. Whether it was involvement of well known personalities from cricket or films or the world’ first ever installations on liquor bottles, 22 short films, 2 awareness song, 2 books all have been tools to spread the message with innovation and creativity it was all done to inspire and enthuse the media to write elaborately about the issue.

As an effect of this initiative, today key stakeholders in the country view drunk driving as a criminal and a violent activity. A quantitative positive outcome is the proposed amendment in the Motor vehicle act with tougher fines and penalties, stricter enforcement and judicial verdicts to punish drunk drivers, besides growth of services like radio cabs, drivers on call, designated driver services, and also a positive change in the perception of the common man
Since 2001 Prince Singhal has created a nationwide movement and has shown immense dedication and perseverance in not only recognizing this cause and engendering a proactive response from various other stakeholders but committing his life to making Indian roadways safer.